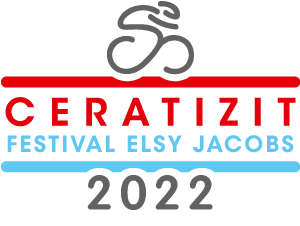 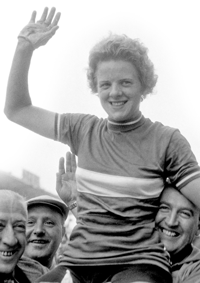 Anna Henderson will wear the Ceratizit Yellow leader’s jersey at the Ceratizit Festival Elsy Jacobs after winning the opening day’s prologue in Cessange on Friday.

Riding in the British time trial champion’s jersey for the first time, the Jumbo-Visma rider clocked a time of 3.09.33 for the 2.2km course in Cessange, near Luxembourg city. Her time beat last year’s winning time on the same course by three seconds.

After winning the prologue at the 2019 edition of Festival Elsy Jacobs, Demi Vollering (SDWorx) came second, with Silvia Persico (Valcar Travel and Service) taking third, some 3.67 seconds behind the winner.

The race began in warm sunshine though a slight breeze was blowing as the first rider, Tanja Erath (EF Education-Tibco-SVB) rolled down the ramp to start what was difficult and technical course. Her time was expected to last for a while, but Persico, who started eighth set what would be the benchmark time of 3-13.

While many riders finished around the 3.22 mark, very few were able to get near the Italian’s time, though her team mate, sprinter Chiara Consonni sat in second place for a while, her time of 3.15 eventually good enough for seventh place. Jip van den Bos (Jumbo-Visma) and then Karlijn Swinkels took over in provisional second place, with times of 3.15 and 3.13 respectively.

However, everyone was waiting for the final three riders, who began the day as favourites for the win. Third from last to start, Henderson blasted across the line to take the lead. There were tense moments waiting first for 2018 prologue winner, Lisa Klein (Canyon-SRAM), who eventually finished fifth, and the on-form Demi Vollering, who finished 2.5 seconds behind the British rider to take second.

Stage One on Saturday is the opening road stage and sees the riders take in 121. 4km course starting and finishing in Steinfort. Riding first an opening loop of 41km, the peloton will then take on four hilly laps of 20.1km.